Return to the roots.. Part 2

… We are heading to Espírito Santo.. The scenery on the road is unique, the landscape is constantly altering – I would describe it as a jungle embracing mountain scattered rocks, like Meteora.

This place is gifted with endless beauty! Mountains are sometimes bald and smooth. Sometimes are surrounded by evergreen plants. Floods, rivers, waterfalls and colorful villages. In the middle, the almost vertical slopes that are used to host the plantations of the coffee.

Almost every day I used to wonder if the uniqueness of the landscape is the one that is most likely responsible for the wonderful taste of coffee in these places. 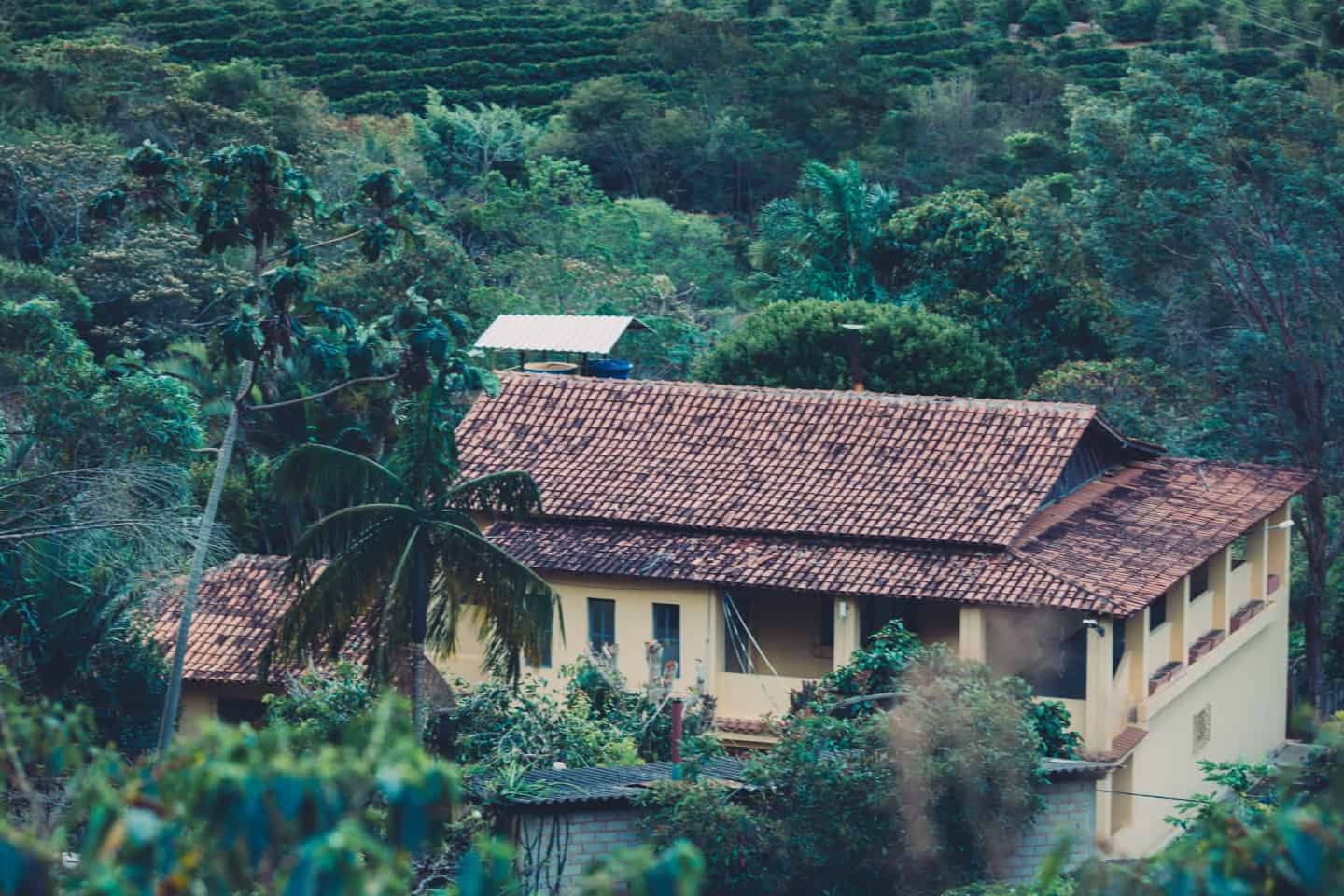 The villages remind me of my own village! You could everywhere see farmers working on the land, children riding their bikes and playing ball right next to the street. The first day got by on the road to an endless journey full of surprises and the nature thriving all around us. We visited farms up on the mountains, drank fresh coffee, ate and slowly continued our journey till the next Coffee Island’s farm. There were even more surprises waiting for us there, and especially me. 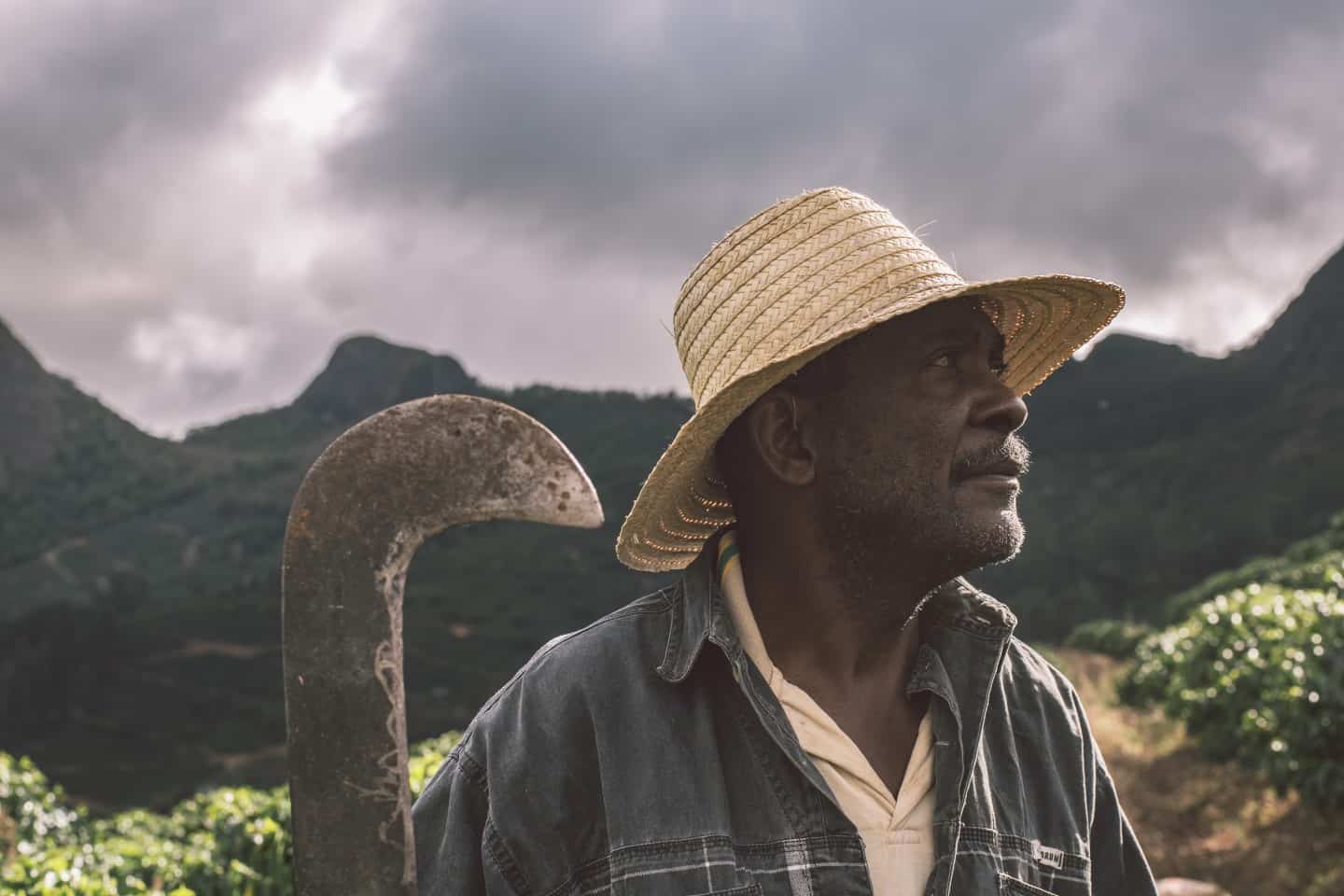 By arriving at the farm, a large cycle of hugs began. It was such a warm welcome from the Coffee Island partners, which resulted in what I consider one of the most beautiful nights in my life. The cachaça helped as an icebreaker and suddenly we found ourselves being part of a big group of Greeks, Brazilians, Americans, Indians and Japanese sharing a table as well as our “coffee stories” that brought us to the same table. 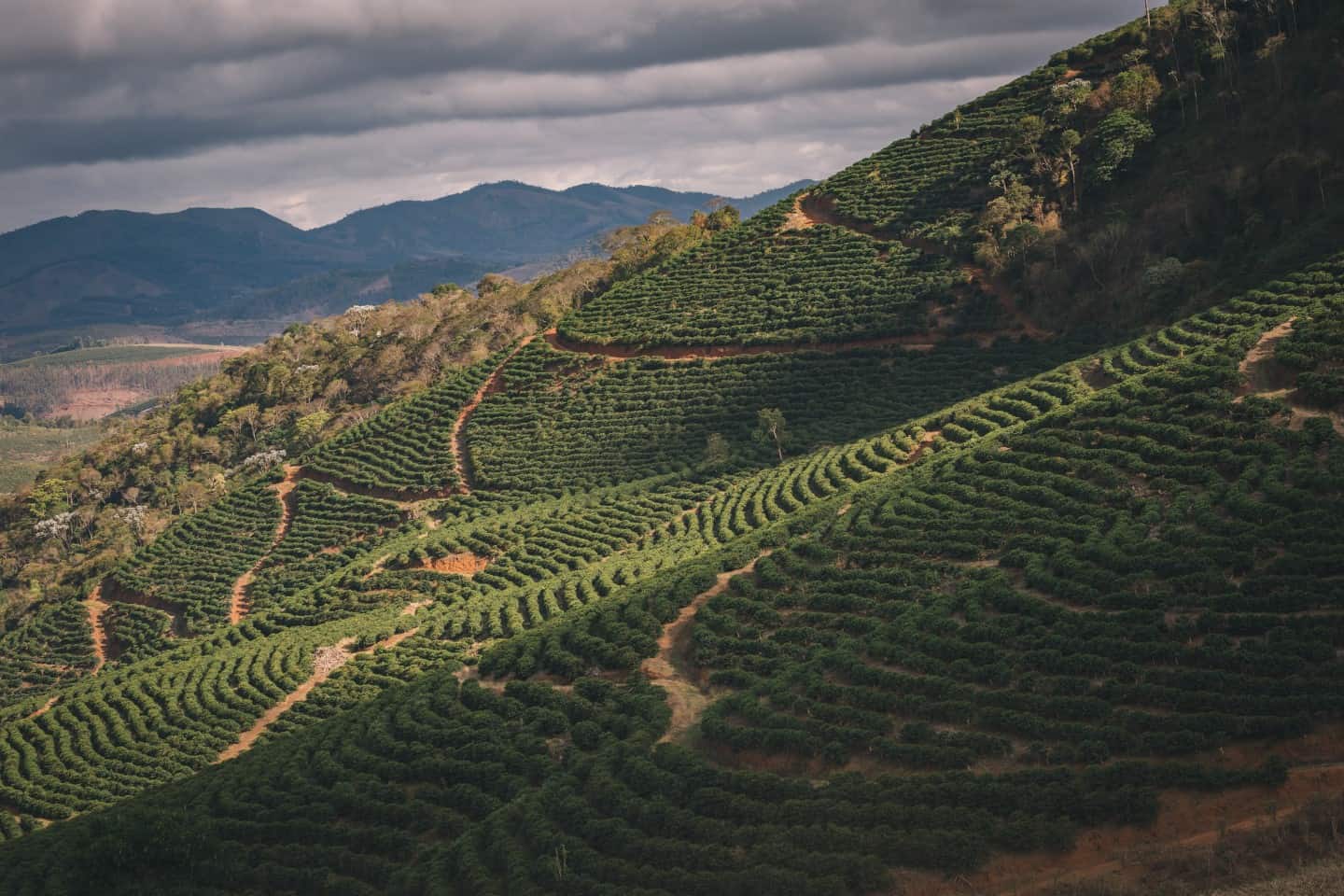 Suddenly, I see many scattered photos of Sebastião Salgado – even some of his personal moments! Salgado is one of the greatest living photographers, and his work is an inspiration for anyone who has ever seen reality like him. We have all seen his photos even if we do not know it. For me he has always been a subject of study. The owners of the farm told us the story that unites them as well as the friendship that ties them together. I was promised that the next morning we would go to the place where he likes to photograph because their farm was the one he chose to stay and photograph the story of coffee about 20 years ago. Since then, he has been visiting the farm and continues to photograph. One thought was born in my mind, how many more beautiful surprises could this trip hold for me? 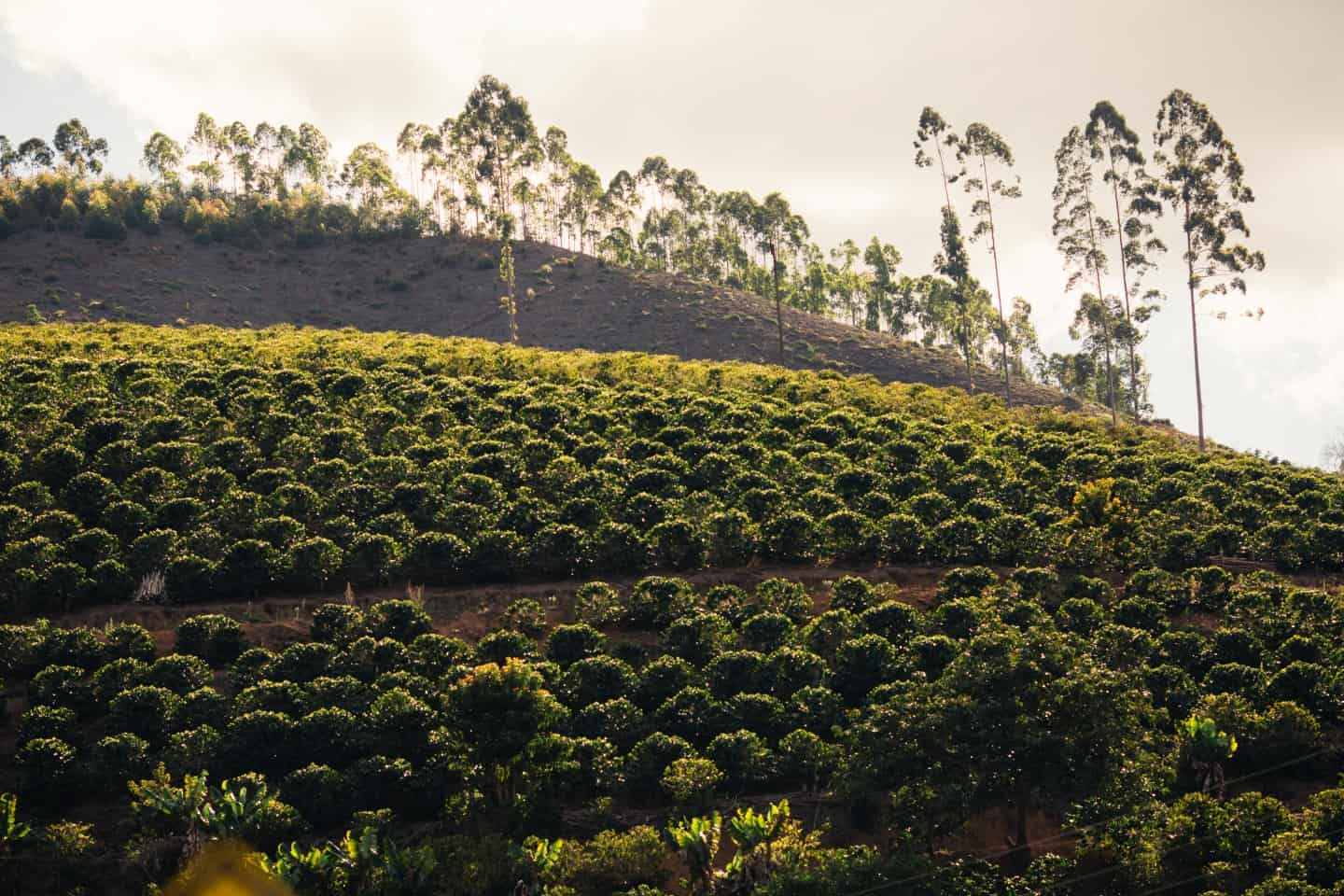 Eventually, after a lot of hours, we decided to go to sleep as I had an incredible agony to see where I was. The aroma of coffee woke me up quite early (at about five). I got ready quickly.. almost running. I did not want to wake anybody so early, I tossed off some full sips of coffee silently and I rushed out. I wanted to get as many pictures and coffee aromas as possible! The birds were also awake pretty early and gave a magical and exotic note to the morning. It was a misty morning. The tropical plants were tangled with the coffee trees and beautiful paths climbed up to the top of the mountain. 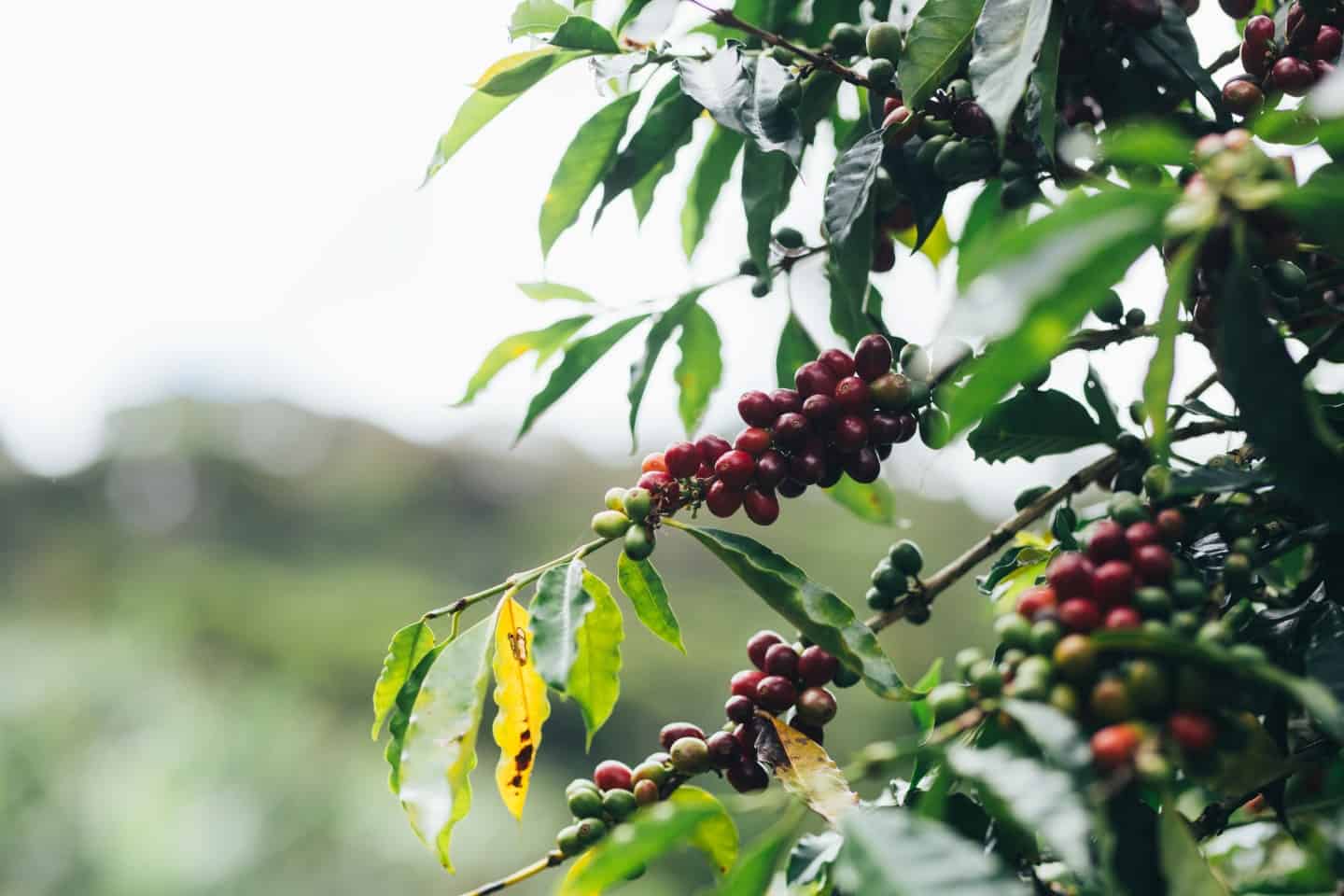 Coffee cherries shone brightly in the morning light. I took some pictures, and then I just sat down to fill myself in as much as I could with the scenery that would follow me for the next few days. The day passed by again with a lot of coffee and beautiful memories. They were becoming memories from the moment I lived them. I knew, no matter what, that they would always be in my mind and in my heart. 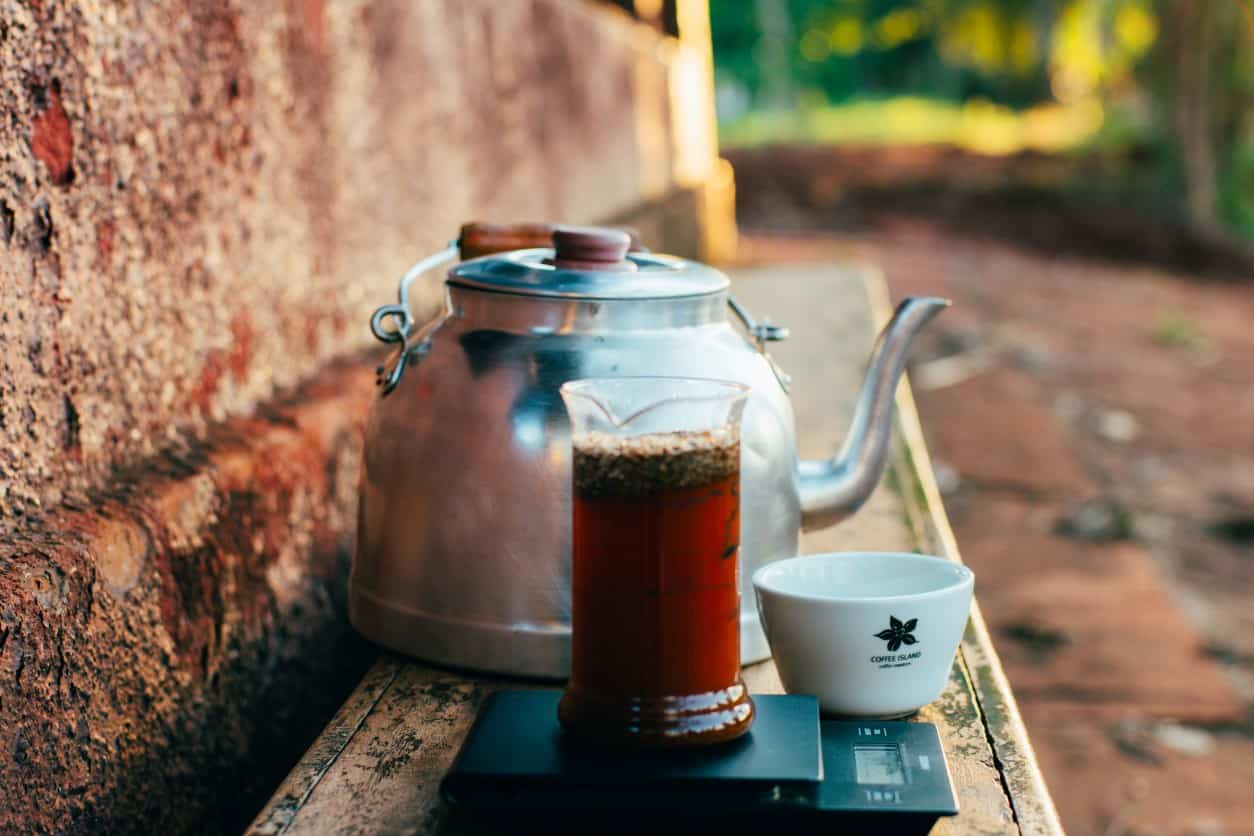 So full of images and flavors, I began the long journey back home. I was thinking that some things would never be the same again. But most importantly the coffee will now have a different taste after that trip.

The music that accompanied me during my trip was by Antônio Carlos Jobim, a Brazilian musician I always loved but I could finally understand! 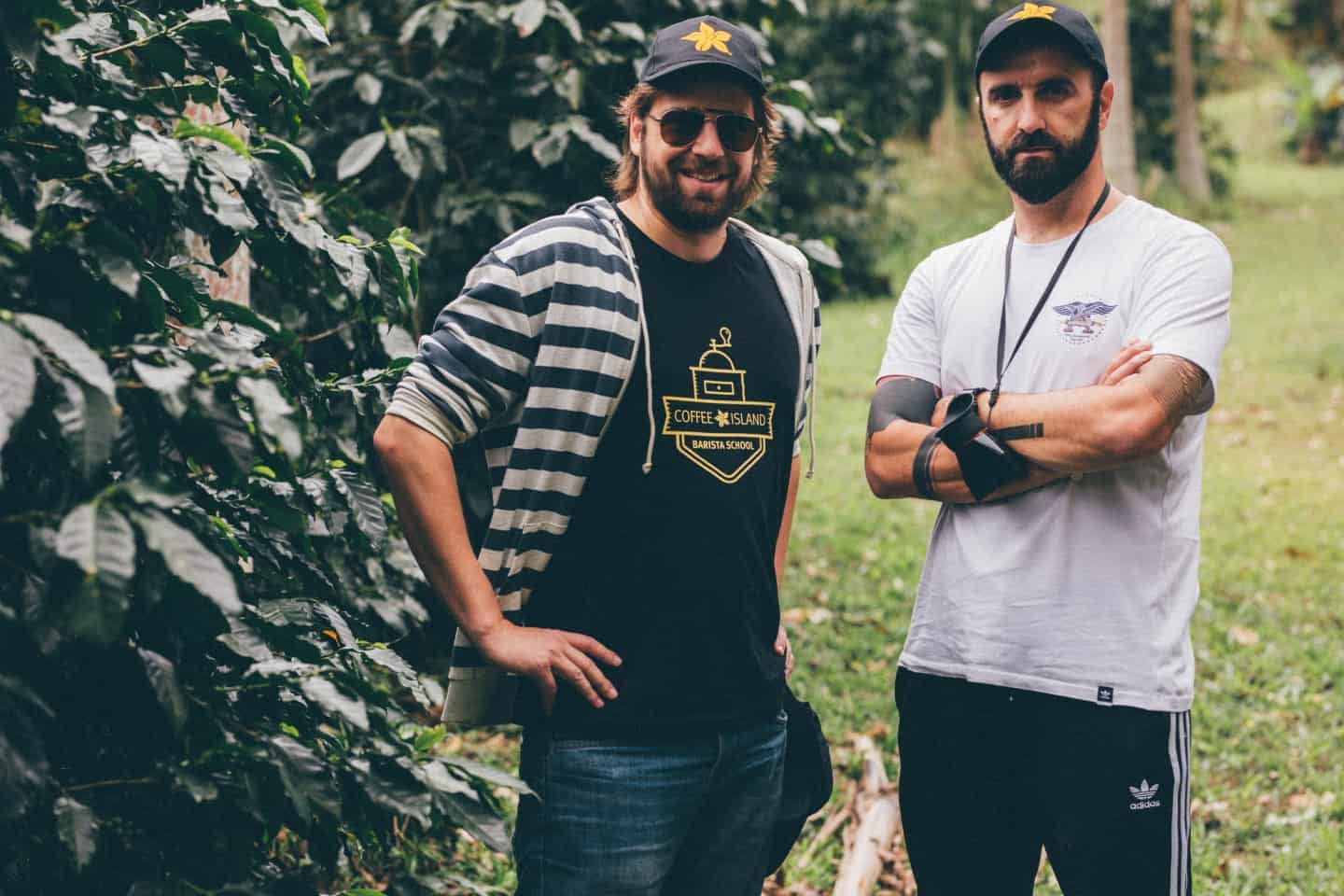 *(Nikos (on the left side) is the Production Manager of Coffee Island. I (on the right side) chose to share the last photo I shot on the Coffee Island farm.

I started writing on the plane because I did not want to miss the moment or the momentum as they say. I kept some notes and decided to look at them again in a few days. Sometimes excitement leads you to excess so I wanted to see the effect of time on my thoughts.

Eventually nothing changed… my text is almost as I had originally thought of it.

P.S: As soon as I arrived in Athens I searched for the closest Coffee Island store. I wanted to see the effect of the trip on the next cup of coffee I would enjoy. Well, the enjoyment was like the old days, when I secretly from my father had coffee for the first time.. Pure, tasty and unique..

We invest in coffee and so, we travel around the world, searching for single origin speciality coffees that cannot be found anywhere else.
Read More
Direct Trade

6 Reasons Why You Should Choose Coffee Island Espresso Capsules

Coffee capsules have experienced a great boom in recent years, mainly because of their great advantages: speed and convenience at the touch of a button. You no longer need to be a trained barista to get a decent beverage, especially in the morning as you rush to get things done before you leave for work. You want to get the coffee you know (that familiar, beautiful smell that takes over the house…), without any hassle.
Read More

We believe and invest, in the science of coffee!

At Coffee Island everything is done scientifically, with great attention to detail… from picking the beans from the best farms, to continuous supervision and staff training.